Ghost Groves: Florida Oranges vs. Bugs and How that Relates to Coffee 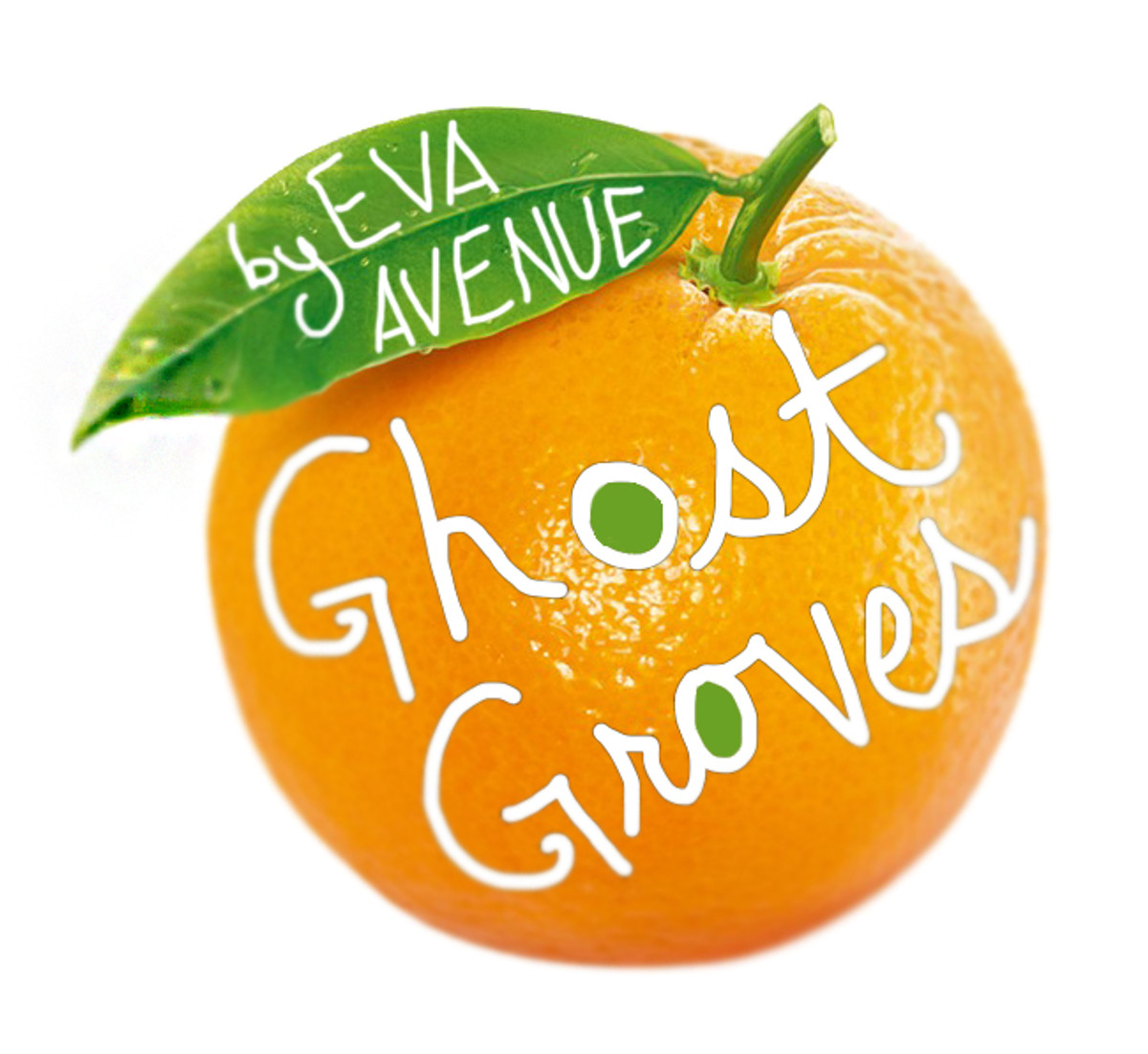 While working on this issue of the Sweetwater Morning Monthly Florida Coffee Zine, I peeled a small tangerine-orange and popped 3 pieces into my mouth separately to study what I was tasting and left the rest to throw out later. Tragic.

"Oranges used to be the best food in Florida," I posted on my Facebook page. I couldn't wait to come home and bite into this fresh perfect combination of sweet, tangy, juicy texture, but I cannot remember in the past decade not trying an orange that wasn't some tasteless mealy souring dry crappy mouthful I want to spit out immediately. What happened to Florida oranges?!?

“I seriously have thrown the last two bags I bought in the trash,” responded Leslie Pringle Burke of St. Pete.

I called a friend living in an orange grove right now in New Smyrna, FL.

“Do you know about greening?” he said. “It has been devastating the orange industry for the last three years or so. We’re living in an old grove now that pretty much succumbed and was burned out. It’s all over — UF is scrambling to come up with something, but as of now you’re lucky to break even as an orange farmer, at best.”

Greening is caused by the invasive psyllid bug, and is characterized especially by small, often misshapen fruits which typically retain some green coloring even when ripe with progressive yellowing of the entire plant.

So another friend invites me to come along to Citrus Place right at the foot of the Skyway Bridge in Terra Ceia:

It’s her secret and now Nancy is nervous it’ll get out, cause she told me. But when I learn this year is the first year Citrus Place is not allowed to sell wholesale to restaurants (she didn’t seem to know why) and they’re overloaded with the good stuff through winter 2018 to individuals, I feel people should know it’s there. It has been called the last independent holdout in the Florida citrus boom. Fresh oranges and grapefruits and fresh-squeezed juice; hologram alligator bookmarks, local marmalade, sweet pickled garlic jars and cheese from Wisconsin. I bought a half-gallon of grapefruit juice and a half-gallon of orange juice. Two oranges. Pretty good, but right before December, so still not optimally sweet, and still not like the oranges back in the day.

I ask Vera, the co-owner, if there are other independent holdouts like Citrus Place. She says there’s a place in Odessa, FL, but she isn’t sure if they’re still doing well or not.

Andrew Meadows at Florida Citrus Mutual said greening is endemic to the industry, attacking the roots leaving them shriveled and swollen, unable to uptake nutrients thus affecting the fruit. No country has ever successfully eradicated greening.

“It’s pretty much present in all commercial groves in Florida,” Meadows said. “It’s a challenge, we have tools to combat it now. We have nutrition programs… it can’t uptake nutrients sufficiently so we spoon-feed nutrients to the tree; root stocks that aren’t resistant but are tolerant — they’ve showed some greening tolerance. We’ve been able to alter our irrigation practices to better water the trees, with the type of water based on the soil type. So growers are optimistic. It’s still tough. It’s more expensive to do these things than it was in the past. The guys and women left now as growers are committed 100%; we don’t have hobbyists. We’ve got growers who are very much committed to the future. We’re in recovery mode. Irma certainly didn’t help. We’ve been around for more than a century; we’ve seen our share of hurricanes and freezes and that’s part of being a grower — dealing with Mother Nature.”

That doesn’t mean they’ll cure it. So far, their tools are nutrients, fertilizers, parasitic wasps and expensive structures that sort of quarantine the trees from outside. It takes one bug - the Asian citrus psyllid - to lay 800 eggs at once on a tree, and from there it’s over, but not before a relentless showdown between the bugs and the farmers.

Scientist Tripti Vashisth at UF’s Citrus Research and Education Center focuses her research on how to best limit greening, because so far it’s a relentless infestation with terminal consequences that can’t be cured. At best, they’re hoping to limit greening.

Although people have been abandoning their groves, Florida still has 450,000 acres of citrus trees, and this year’s output is predicted to be 78 millions citrus boxes. Back in 2003-2004, Florida’s annual output was 292 million boxes.

“Yes, our groves are affected by this disease and our production has gone down, but growers who have a good grove-management program are able to maintain the health of these trees,” Vashisth said. “Fertilizer doesn’t cure, it gives it some more energy. The disease is still there and honestly that’s what our growers need at this point.”

Being in Florida, you can appreciate what these citrus farmers are dealing with. As coffee professionals, it's hard to learn about greening and not think of what coffee farmers around the world have endured when it comes to la Roya, Spanish for “rust.”  A fungus, la Roya withers coffee tree leaves making photosynthesis impossible for the coffee plant.  A plant that can't feed itself, can't produce fruit, and coffee yields drop, similar to what orange farmers have experienced here in Florida.

In the years since 2013, the Chajul cooperative has worked to improve the health of its soil, as well as find coffee trees that are more resistant to la Roya, and its crop yields have improved.  But as the climate gets wetter and warmer in coffee-growing regions around the world, the challenge of maintaining crop yield persists.

In an effort to support coffee farmers who were responding to la Roya, we joined other roaster-members of Cooperative Coffees in contributing $0.05 per pound to the Roya Emergency Relief Fund in 2013.  The fund provided relief monies to farmer groups directly impacted by la Roya.

An importing cooperative of roasters, Cooperative Coffees sources fair trade, organic coffees from farmer-owned co-ops around the world.  Its members are roasters based in North America - located as far south as Gainesville, FL (yours truly), to as far north as White Horse, Yukon Territories (Bean North).

In the years since the La Roya funds were dispersed, Cooperative Coffees has created an Impact Fund that has helped support farmer-led efforts to deal with the effects of climate change. The fund has supported a producer-led coffee varietal experiment in Guatemala, soil regeneration workshops in Ethiopia and a reforestation project in Peru, along with a host of other initiatives.

Funding for these grants accumulated as each Cooperative Coffees member contributed $0.03 per every pound purchased to the Impact Fund.  Sweetwater has been able to contribute to such funds, because consumers like you- consumers who care about the future of Florida's orange industry, or who purchase fair trade, organic coffee, have been willing to put their monies behind their values.

As we close out 2018, we are continually inspired by the power of the conscious consumer.  Paired with the right small business, you can make a direct impact on the future of coffee, the future of Florida-grown oranges, and even a farmers ability to respond to ever-changing threats.

To support small farmers, get some citrus from Citrus Place and order Sweetwater coffee online or get it at Ward’s in Gainesville.