Interview with a Coffeehouse Anthropologist 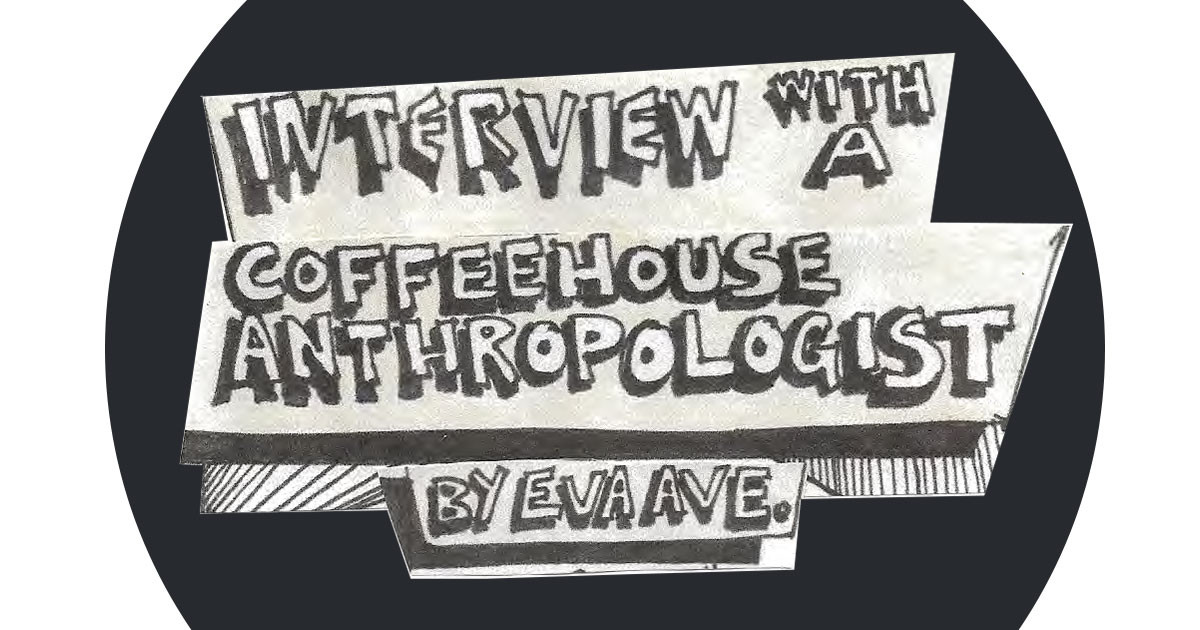 Chris studies coffeehouses but hasn’t worked in the service industry except three days at a Cracker Barrel in Jacksonville, FL. But that was a long time ago.

I found Chris LeClere through Instagram—he teaches a class called Coffee Anthropology at UF in Gainesville, and I send him copies of this Florida Coffee Zine to take to Wyatt’s Coffee or hand out to his friends. Because anthropologists are some of the most fun people to talk with on any subject, I thought a chat would be perfect for the Sweetwater zine.

The former television journalist used to live in NYC working on the Today Show, and now he’s in Gainesville by a certain bell tower compiling records of his observations on life as it unfolds within coffee houses. He ended up on this new path after reading an article by anthropologist William Roseberry called The Rise of Yuppie Coffees and the Reimagination Of Class in the United States.

I told him I used to wonder aloud to my friends, after learning that a man somewhere in Germany runs a banking business from his house for 45 clients in his neighborhood, why there’s not a coffeehouse that doubles as a bank. You can go to your bank cafe and relax and invest, etc, but then I was like, “Well, the security would be too lax - you can’t have a casual bank.” Chris told me I was both ahead of and behind the times at once - the London Stock Exchange, Tattler Newspaper and Lloyds of London (now a multinational insurance firm) all started out as coffee houses.

His advisor Catherine Tucker wrote the book Coffee Culture: Local Experiences, Global Connections and Chris is one of the few people in the world studying coffee post-roasting. He has three bookshelves full of coffee books and his Ph D dissertation will be a film that could be called “What Is A Coffeehouse?” which he plans to film in Ireland. While most study coffee from the bean, where it’s grown, and the farmers who grow it, Chris is more like WHAT HAPPENS TO IT AFTER WHITE FOLKS GET IT??

“My main focus is the idea of origin nostalgia and I looked up a did a bunch of stuff, like, ‘what is a Cafe Cubano’ cause every shop you go to it’s different,” Chris said. “So I went to Cuba to find out what’s a Cafe Cubano and the short answer to that question is the Cuban government doesn’t like you asking too many questions and they want you to leave.

So that’s why I changed my field to Dublin, Ireland.”

The coffeehouse scene is booming in Dublin—the first speciality coffee house opened in 2008 called Coffee Angel and now they’re up to 174 specialty coffeehouses in the greater Dublin area.

How’d Dublin get all that money all of the sudden?

Ireland felt the brunt of massive economic collapse but it’s a commonwealth nation with Britain and Australia and they can live and work in Australia, which has lax immigrations rules, LeClere said.

“A lot of Irish went to Australia to go work and now the Irish economy is doing well, the global economy has picked up and what you’ve got is you have the Irish citizens, these expats coming back to Ireland and they’re bringing this speciality coffee tradition with them so that’s part A,” he said. “Part B is that with Brexit, a lot of companies that had headquarters in England are headed to Dublin cause London will no longer have an EU presence. You can’t drink alcohol if you’re in high-tech stuff and tea is weak - who drinks tea anymore? What do you drink if you’re going to a social meeting or coding on your computer? Coffee. Tea is seen as British and old so the younger generation adopts coffee to be part of the global economy.”

People like to give him a hard time about what-is-it-you-do-exactly, sitting in a coffee shop all day “studying” the coffeehouse; are you lazy or crazy? I ask him how his research fits into reality and what his overall vision is and he appreciates the chance to elaborate on how he’s not just wasting life under the guise of an interesting job title.

“I’m like—wait a minute—hold on. First of all, coffeehouses are incredibly unique spaces,” he said. “Any coffeehouse I can go on a date, have a business meeting, do homework, meet with friends, hang out with my mother, get fired from my job and I don’t even have to change seats. Name another space other than a public park that all of that stuff can happen and never even change seats and it’s socially acceptable. They’re places of production and leisure - coffee houses fill that gap.”

He looks at marketing as well, and this is where businesses find his research relevant All those memes claiming Pumpkin Spice Lattes as the drink of choice for young women labeled “basic?” He said it’s actually “fat guys like me” in their 30s and 40s who are buying up PSLs. Something about nostalgia and the old malt shops. Women are trying to stay off the sugar. Starbucks knows how many PSLs they sell each year, using tracking of purchases, but they don’t have boots-on-the-ground data like the kind Chris collects. “As a 37-year-old guy, am I buying it for myself or a student? All they have is purchasing numbers but they don’t know how the space is being used. They serve everything in to-go cups. Did I stay and drink it? Did I leave? Did I chug it? How are they consuming it?”