Maya Vinic And The Struggle For Justice In Chiapas, Mexico 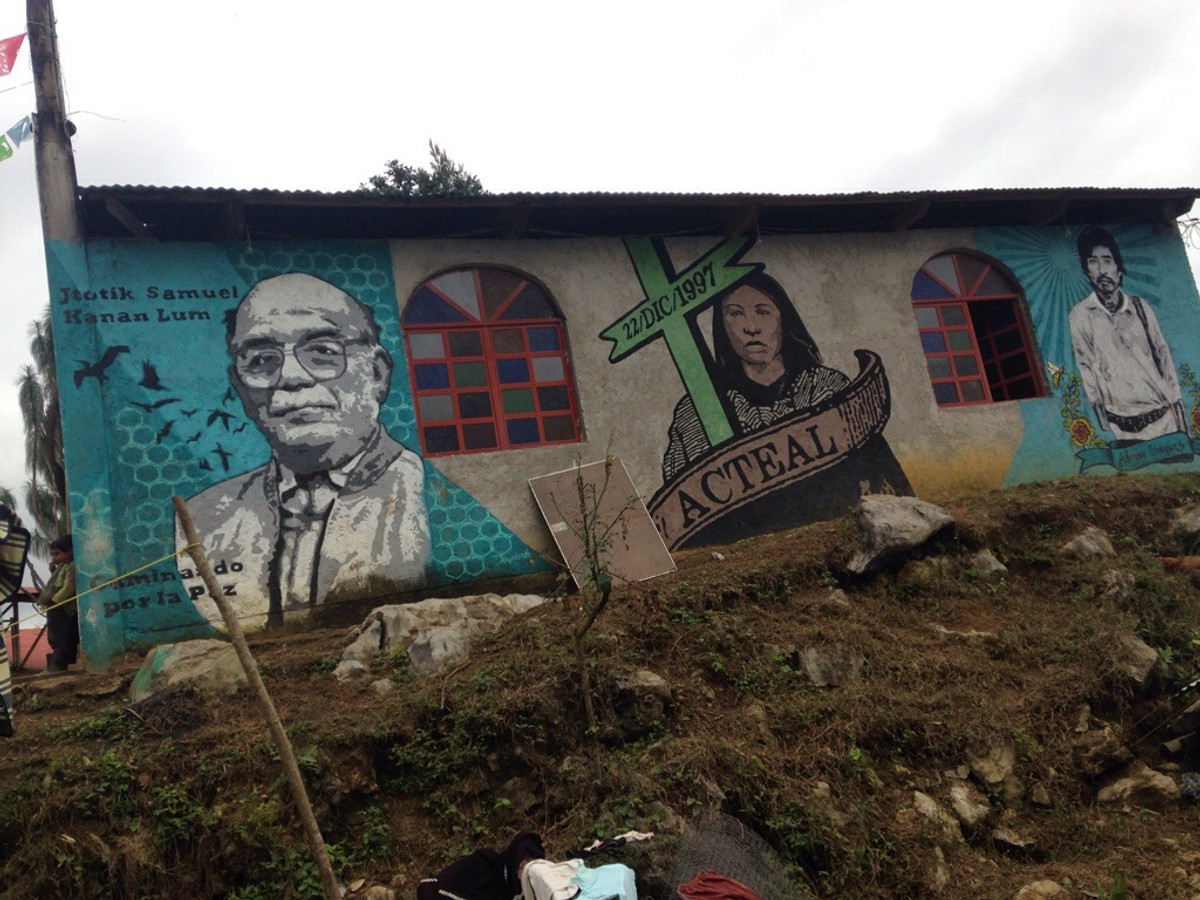 In the beginning of July, Simón Pedro Pérez López, the former president of Maya Vinic’s parent organization Las Abejas, was assassinated as he traveled with his son to visit a local market. Pérez López is not the first member of Las Abejas to lose his life in the violence in the highlands, but his killing was a shock and made news internationally drawing attention to the chaos. He had recently been speaking out about the presence of organized crime in the area and his killing seemed to be designed to send a chilling message to others who might speak out. In the aftermath of his murder and violence against others in the area, a new armed self defense group has organized and issued statements indicating that it intends to defend innocent civilians against the organized criminal groups that have seized control of the area. In the absence of any real police or military response to protect citizens, the vacuum is again being filled by non-state actors in an attempt to stem the violence. This cycle continues in Chiapas and seems to have no end in sight.

The Maya Vinic coffee cooperative organized in 1997 in the wake of the Acteal massacre when 47 members of their movement were murdered in the community of Acteal in the highlands of Chiapas, Mexico. Unlike the Zapatista movement, which briefly fought the Mexican government over issues of community intimidation, indigenous rights, and basic human rights, Maya Vinic and their parent organization have always been committed to the tenets of nonviolent resistance. Over the years conflict in the highlands of Chiapas has not ceased, it has remained active or present just below the surface of every day life. Recently conflict has exploded in the municipalities of Chenalho and Pantelho in the rural coffee regions of this mountainous area. The latest flare up in violence once again has had deadly consequences for Maya Vinic and Las Abejas.

It is difficult to boil down the long-standing violence to one root cause. Poverty in these Mayan communities is certainly a major influence on the ongoing conflict. The government is largely absent from the daily lives of indigenous communities and there often is no dependable access to health care, education, electricity, food, or water. This places an existential stress on the people who live there as everyday life can be a struggle for the basic things that most of us take advantage of on a daily basis. This stress compounds and has led to opposing forces that align with political and community factions and are often at odds with others. In the '80s and '90s, as different social movements formed to address the basic inequities in rural Chiapas, local and state government encouraged, armed, and trained paramilitary groups as a foil to the progressive forces that were organizing to demand recognition of their basic rights. And while some groups like Las Abejas were rooted in nonviolent protest others, like The Zapatistas, organized a more militant resistance. Those aligned with more conservative forces were encouraged to intimidate and attack these groups that were looking for progressive social change.

The dynamic has been complicated over the past few years by new actors using their influence to fan the existing flames. Organized crime groups that once paid little attention to the relatively isolated rural and mountainous parts of Chiapas are now making their presence known. Taking a page out of the playbook of the past few decades, they have thrown their weight behind various local communities, political parties, and politicians. The prize is control over local governments, opportunities to launder money, and lucrative local drug and prostitution traffic. The results have been particularly corrosive in the municipality of Pantelho where intimidating gangs and clashes between armed groups have brought the town to a standstill. The violence has led to assassinations, destroyed buildings, closed roads, and thousands of displaced people.

Maya Vinic has overcome much in its almost 25 years. The farmers have weathered threats, violence, coffee disease, market fluctuations, COVID and more and they have become stronger in the process. We want to take a moment to appreciate all of their work and strength as they continue to pursue a vision of dignified lives for their members and sustainable practices for the health of their communities. We are incredibly proud to be partners and we are watching the situation in their communities with great concern. We will continue to stand by them by buying their coffee, supporting their sustainability projects, and helping them with COVID assistance. We will also continue to update you all on what is happening in the communities as well as ways that you can plug in to help.