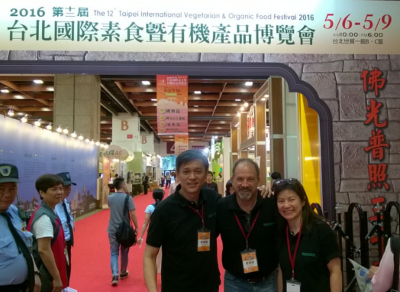 The festival opened on Friday, May 6 th and ran through Monday the 9 th, with cup after cup of Sweetwater’s tasty organic coffee served to the throngs of organic and vegetarian foodies from Taipei and beyond who attended this year’s festival. Sweetwater Taiwan’s team (thank you Ti En, Tang, May, Sunny, Ling & Luciana!) did a fantastic job… from brewing the coffee to explaining how Sweetwater works as a 100% Fair Trade Organic coffee company. The featured coffees for the event were: Ethiopia Yirgacheffe Light Roast, from our trading partners at the Yirgacheffe Coffee Farmers Cooperatives Union (YCFCU) and Guatemala Full City Roast, from our good friends at APECAFORM.

Sweetwater is most grateful to the great people of  Fo Guang Shan for the opportunity to be part of their organic food outreach at the festival. Founded in 1967 by the  Venerable Master Hsing Yun, Fo Guang Shan is headquartered in Taiwan and supports temples worldwide. 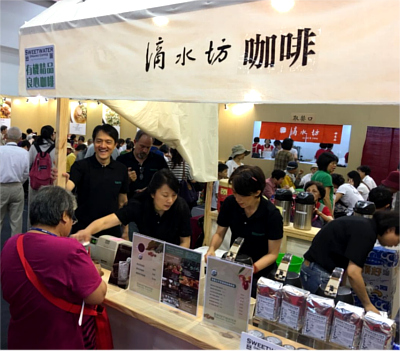 Tang, May, Sunny & Ling in Action!

The Order emphasizes education and service and maintains public universities, Buddhist colleges, libraries, publishing houses, Buddhist art galleries and tearooms, free mobile medical clinics, children's home, retirement home, high school, and television station. The Order's lay service organization, Buddha's Light International Association, also has active chapters worldwide. Since then it has evolved from a mountaintop bamboo forest to the largest Buddhist monastery in Taiwan. Master Hsing Yun has inspired the selfless devotion of over 1,000 monastics as well as the ardent support of many lay devotees to assist him in bringing confidence, joy, hopes, and providing service to countless other. Presently Fo Guang Shan has over 200 branch temples throughout the world carrying out the goals of propagating Humanistic Buddhism and establishing a Pure Land on earth.

Sweetwater would also like to thank our friend Byron Lin, who provided us with a really nifty new piece of brewing equipment that made it possible for the team to serve up rockin pour-over coffee in addition to the standard auto-drip coffee needed to keep the event’s masses organically caffeneited. Byron invented the OTFES Spiral Drip semi-automatic pour-over brewer after spending years as a barista and vowing to find a way to make pour-over coffee preparation more efficient. His goal: make pour-over coffee available to as many people as possible without losing the skilled barista’s touch… something he has certainly achieved with the OTFES - a dream for busy coffee environments. Stay tuned for more on the OTFES Spiral Drip Pour-Over and more news from our friends at Sweetwater Taiwan! 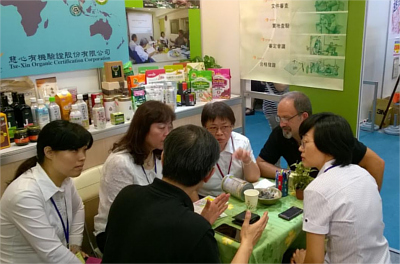 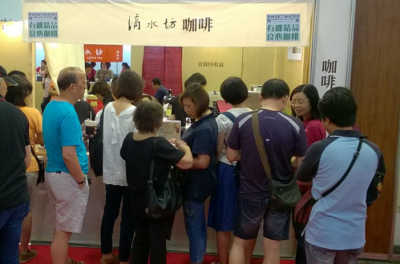 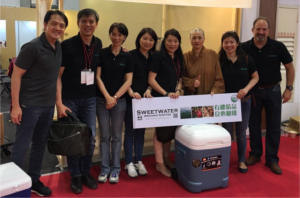 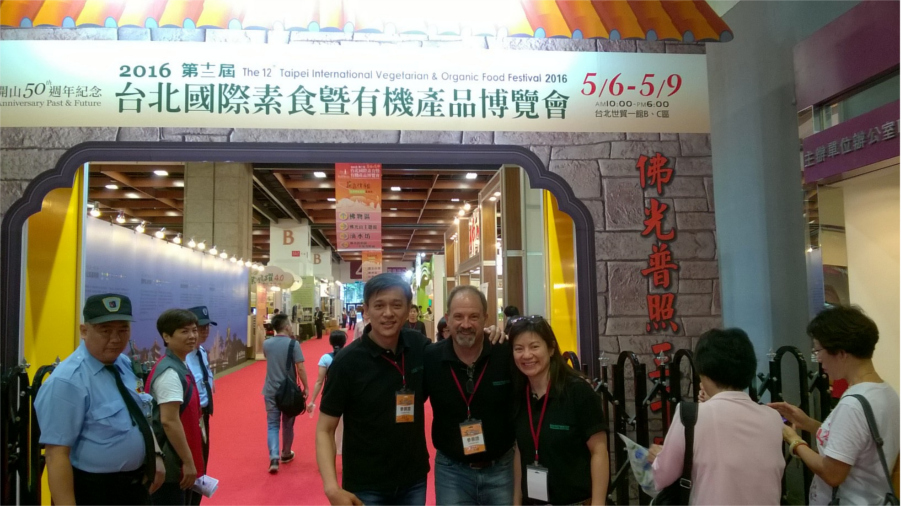 Tang, May, Sunny & Ling in Action! 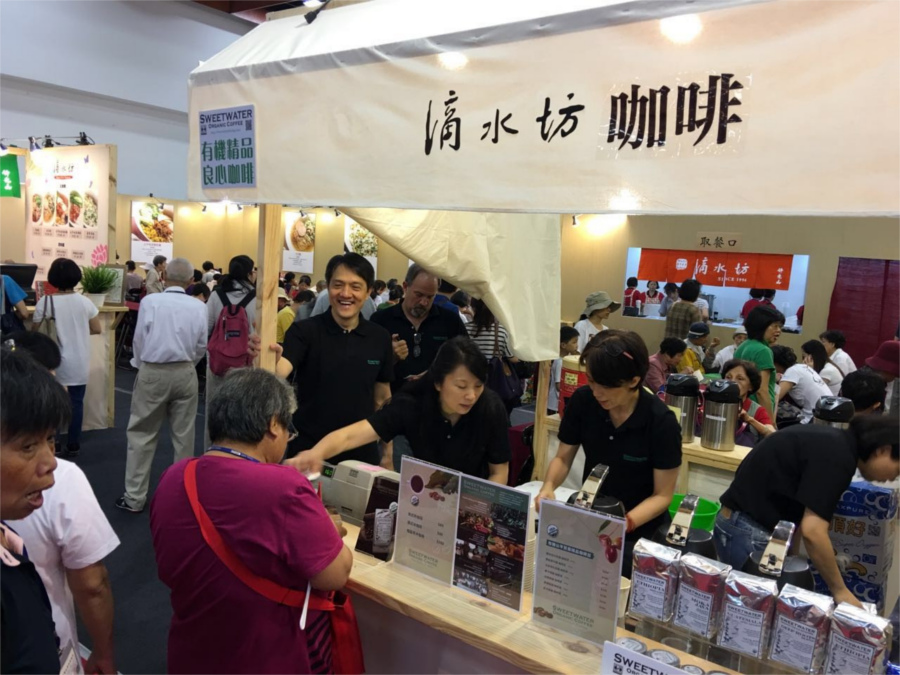 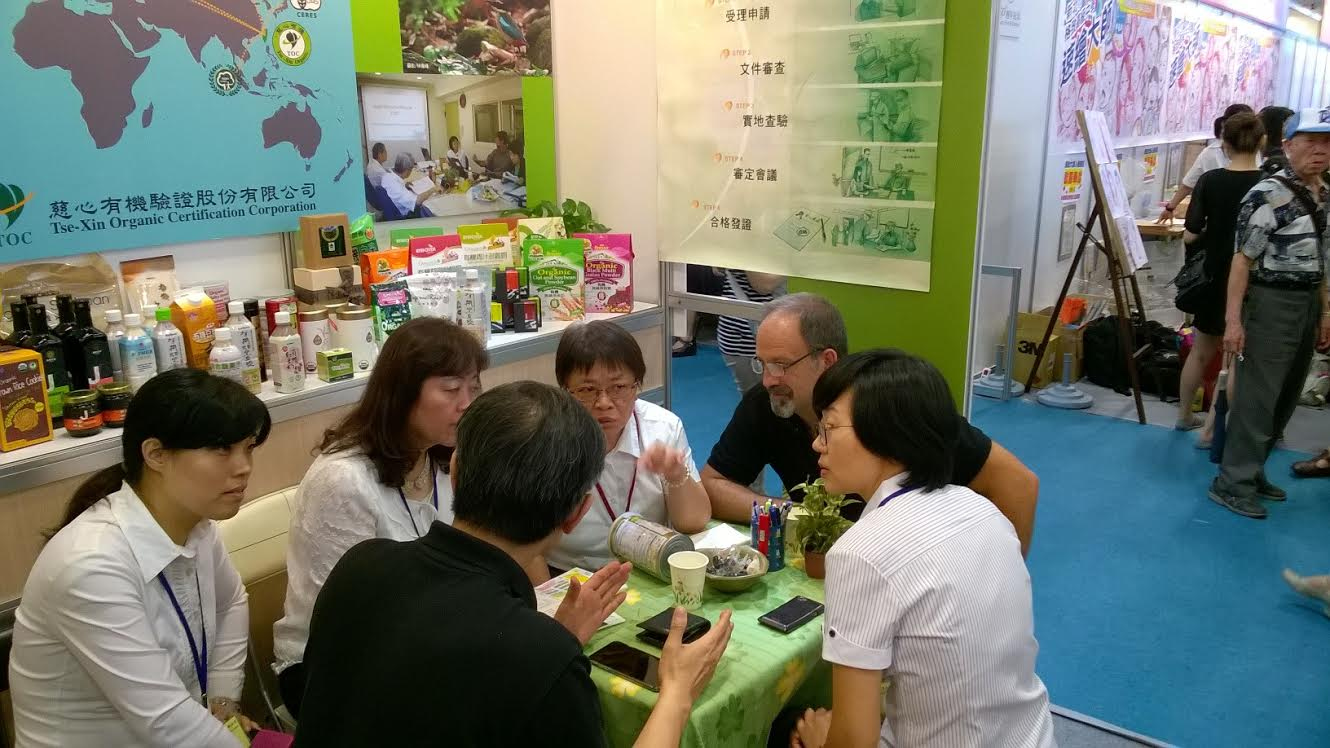 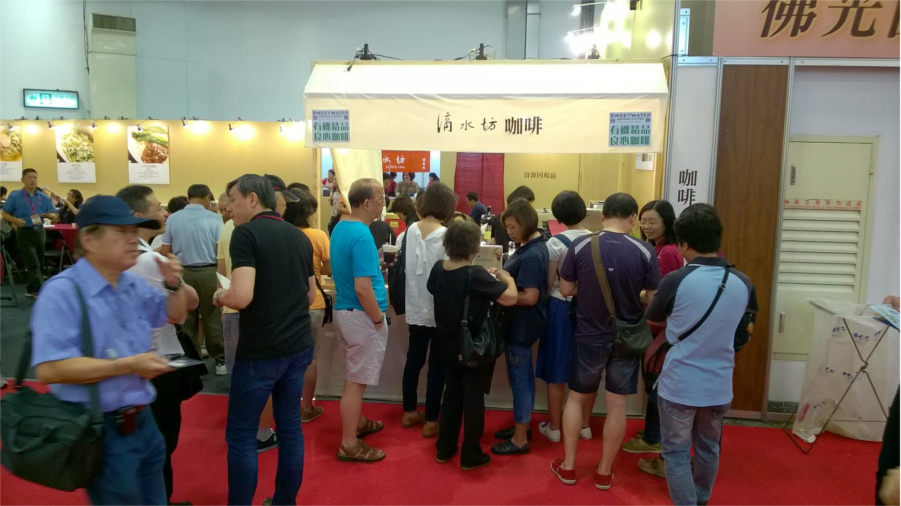