Our Coffee Roaster Larry Green on Life, Love and the Pursuit of Coffee 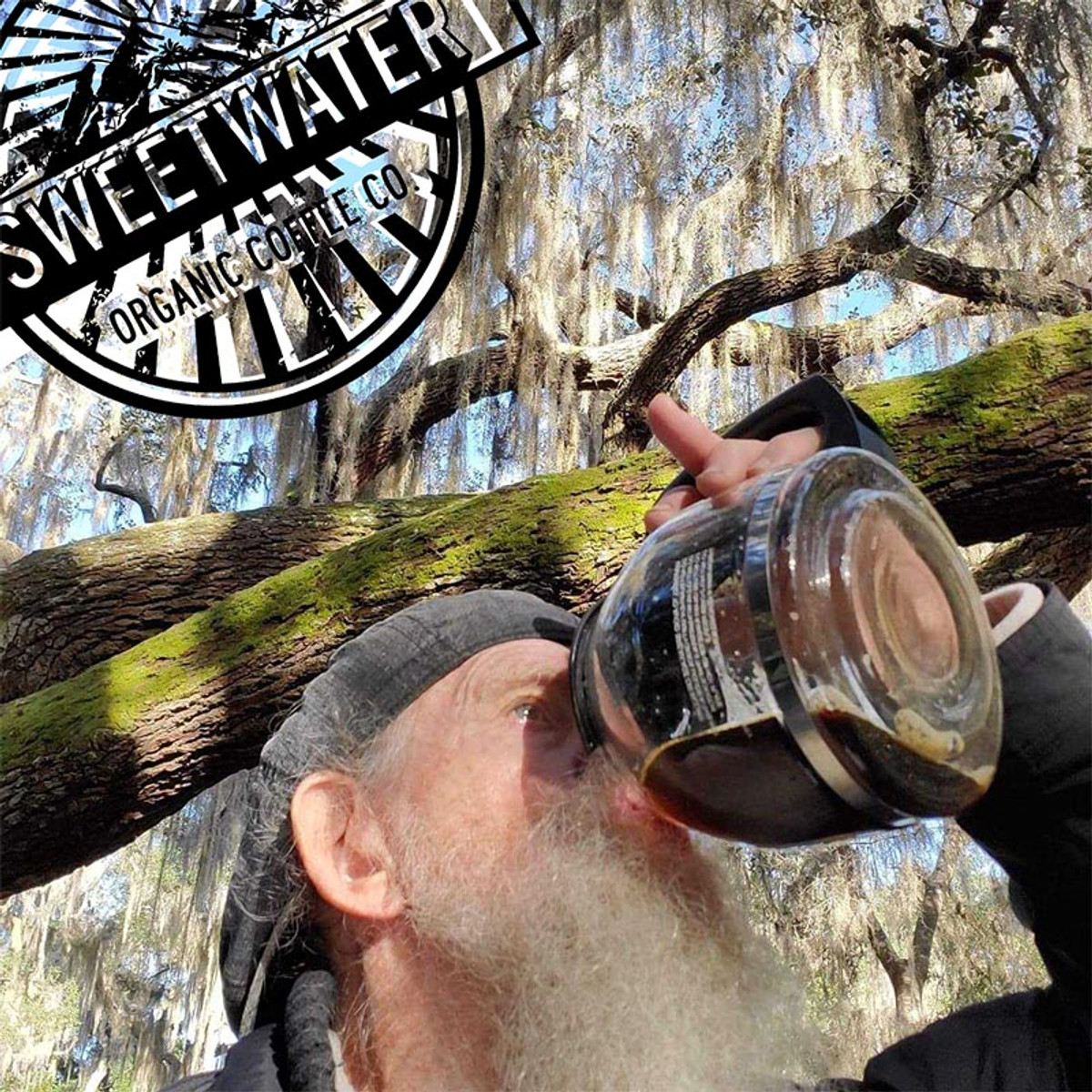 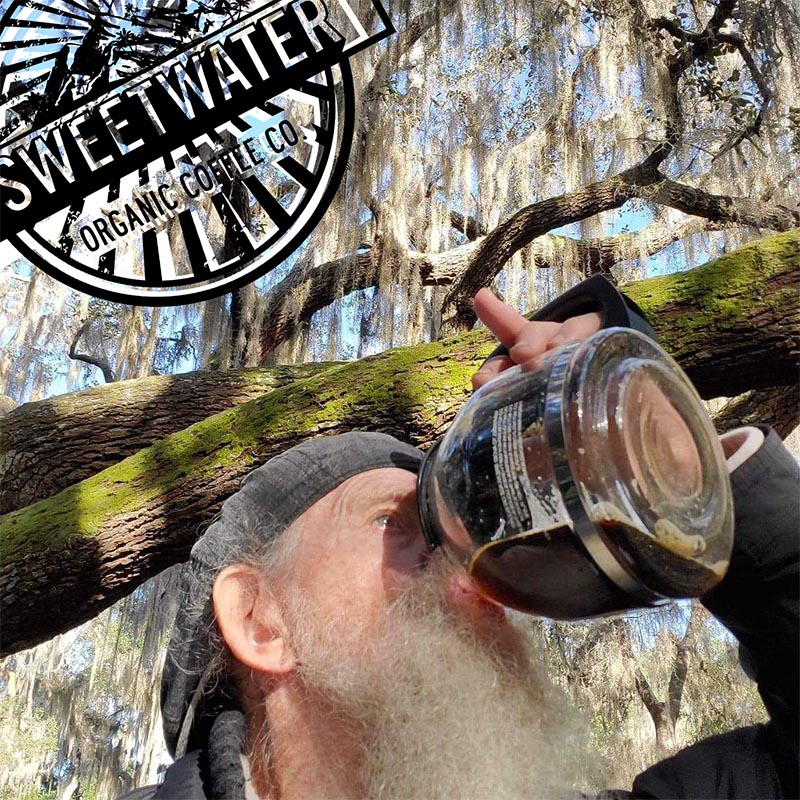 Larry Green is our roaster extraordinaire, roasting green coffee beans to perfection for Sweetwater Organic Coffee for the last four years. Always styling and down for an adventure, Larry sat down for a minute in between micro-batches to tell us how he became a coffee roaster.

Sweetwater: Do you have a favorite light roast?

Larry: I like all of our light roasts, I would have to say my favorite is Freight Train.

How do you roast light roast coffee?

I speak to it very gently and roast it very lightly.

What were you doing before you became Sweetwater’s Roaster?

I was actually enjoying retirement until Tina walked into the Clubhouse yard for a photoshoot for a club calendar where I was a member and one of the photographers for the shoot.

We got to talking and realized we both had a passion for photography, enjoyed motorcycles and drinking great coffee. 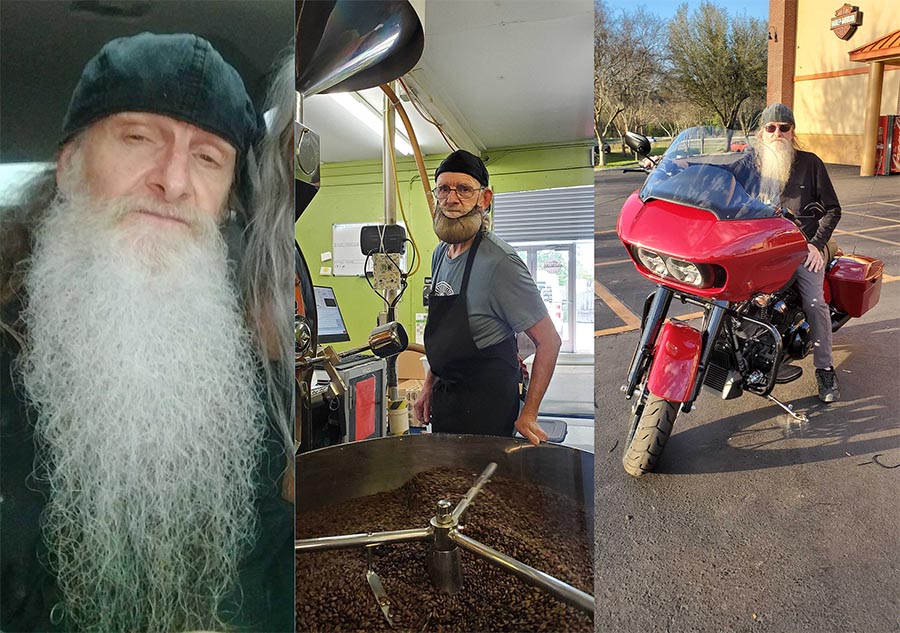 I’ve always liked coffee but never knew what a great coffee was until I was introduced to Sweetwater and how much more there is to it than just a bag on a shelf.

Was this part of a new career path on purpose or were you sort of backed into it?

(giggles) I’ve had many career paths in my time and this is definitely a new one for me. With over 30 years of blending gasses for deep-cave explorations, I thought I might have the ability to blend & roast coffee beans.

As for being backed into it, I wouldn’t exactly say that, more like someone needed to go on vacation and asked if I could fill in for a couple weeks, one thing led to another, four years later, I’m still here. 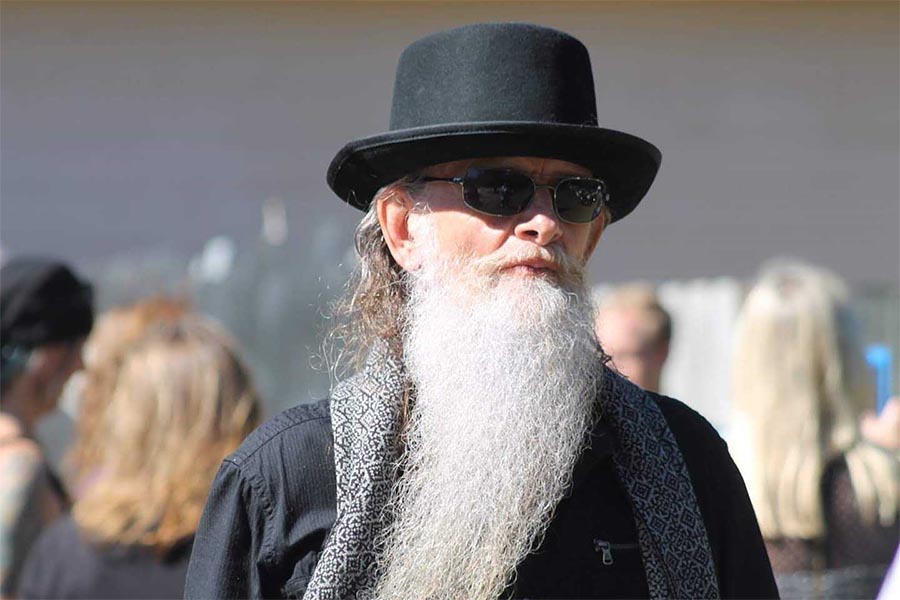